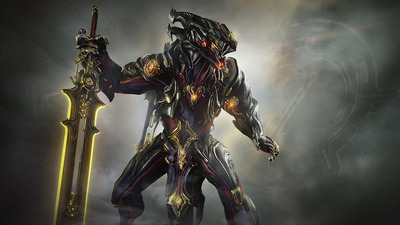 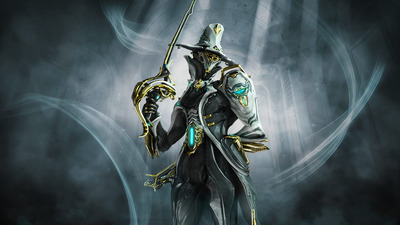 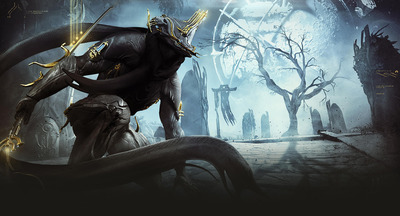 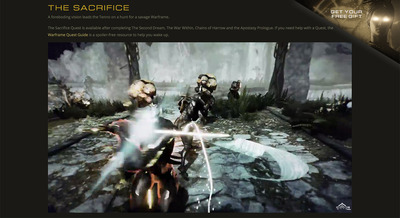 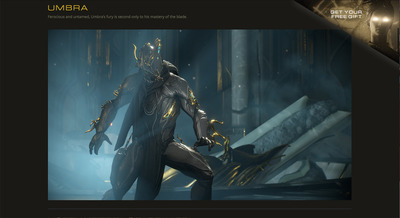 Unmask the truth in The Sacrifice, the mind-bending new chapter in the cinematic storyline.
Umbra leaps from the shadows, and he brings with him new gear, new Customizations, new exclusive Twitch Drops and the first part of our UI update.
て、事で予定では今週です
そして前から言われてたUIのアップデートも
USER INTERFACE, PRIMED
Warframe is ever-evolving, and so is our user interface. The first step in releasing our brand-new UI includes customizable UI themes, a revamped Inventory menu, updated vendor menus (like Baro, Syndicates, etc.), new UI sounds across all menus and more! For full information 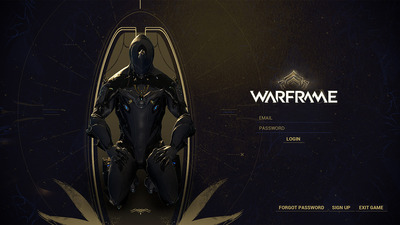 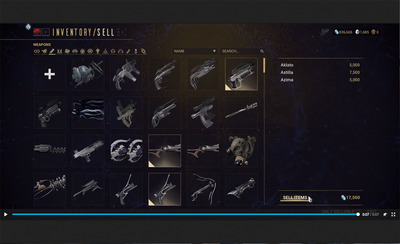 にしても、、Umbraねぇ、、
Also on June 19, Nekros Prime, Tigris Prime, and the Galatine Prime will enter the Prime Vault, and their Relics will no longer be available in the game.
If you already wield the power of these Primes or have their Relics in your Inventory, they will remain after the Vaulting.
Don’t delay, Tenno. Get those Primes before they’re gone!

We are aiming to give you as much notice as possible for our plans to change our Minimum Supported Specs! If you’re still running Windows XP, DirectX 9 or a 32-bit operating system, these changes will be especially relevant to you. We are discontinuing support for these PC Specs.

There's a bit of history here, so let's look at why!

Four years ago, Microsoft stopped supporting Windows XP and 32-bit operating systems from 2001, which meant no more security updates or technical assistance. NVIDIA has also announced that they are halting 32-bit OS GeForce this month.

Right now, Warframe's official Minimum Specs still include Windows XP, DirectX 9 and 32-bit operating systems but with Microsoft and NVIDIA looking to phase out 2001 tech, we are also making changes to Warframe’s Minimum Specs for PC!

DirectX11 is more compatible and robust than older versions, and we would like to make full use of that! We have started to think about this with our new GPU particles - they aren’t supported by DirectX 9 but are a great visual feature supported by newer versions. Maintaining DirectX 9 compatibility can limit Warframe’s development, especially when we keep in mind prep for future releases after DirectX 11.

There are quality and security motivations too. Raising the Minimum Specs means Warframe will perform better and be more reliable on all supported systems. We want to keep player experiences safe and stable on operating systems that are up-to-date, secure, and supported by the companies that make them.

With all of this in mind, we plan to change Warframe’s Minimum Supported Specs to Windows 7, 64-bit operating systems, and Dx10. We don’t have set a date for this change yet, but we’ll keep you posted!